The most wanted cars in October

According to the Beat The Price New Car Demand Index for October 2019, Volkswagen had its strongest month of 2019 so far, fuelled by the launch of an appealing new subcompact SUV.

The twenty most requested models* in October 2019 were:

Beat the Price offers a unique insight into the preferences of South African car buyers because it captures their initial preferences, rather than the vehicle they eventually settle for. If we compare the list above to the NAAMSA figures, we see some marked differences.

Although the two variants of Volkswagen’s wildly popular Polo have yet to be dislodged from the top spots in the Beat The Price index, the German automaker has rarely managed to get any other vehicles into the Top 20, besides an occasional appearance from the evergreen Golf.

This changed dramatically in October, with the newly launched Volkswagen T-Cross racing straight into 10th position, effortlessly overtaking other strong contenders from Haval and Kia, and hot on the heels of the Renault Kwid - a popular “crossover” that competes in the same segment.

This is clearly the result of a highly successful marketing campaign by VW’s local arm. While it’s true that the T-Cross is an attractive vehicle, and that it capitalises on the current craze for this class of car, only a sustained and effective marketing effort can produce this kind of dramatic spike in interest. The marketing also appears to have had a halo effect on the brand as a whole, with the Golf making its highest appearance of 2019.

Interestingly, the T-Cross is a very late entry to a segment already crowded with more than a dozen other options (many of which have appeared in our Top 20). VW has dabbled in the segment before (the short lived Polo Cross, for example), but this is their first purpose-built subcompact SUV.

The launch of the T-Cross may signal a broadening of VW’s market appeal beyond the entry-level Polo, but it may also be a brief spike in interest that will quickly subside as it did with the recently launched Mazda CX3. The next few months will be critical for VW if they wish to turn their shiny new arrival into a firm favourite.

Although the NAAMSA sales figures are an invaluable resource for tracking the market, they are less useful for forecasting and tracking consumer demand for brands and models. This is because:

As a free online service, you might expect that Beat The Price is flooded with requests for high-end luxury vehicles. Fortunately, this is not the case. Our customers tend to be serious, practical and focused on good value for money. In other words, ordinary working South Africans, many of them from the emerging middle class. 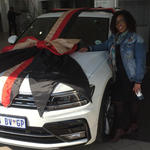