Mitsubishi Motors North America, Inc. (MMNA) and military veterans’ nonprofit Record the Journey (RTJ) made history in last year’s Rebelle Rally, enabling the first adaptive athlete ever to compete in – and complete – the grueling off-road event. For the 2020 Rebelle, MMNA and RTJ are again planning to break barriers, contesting the 10-day, 2,000 km navigational rally in a 2020 Mitsubishi Outlander PHEV, as Rebelle organizers open the rugged competition to electrified vehicles for the first time.

The Rebelle Rally is the first all-women’s off-road navigational rally raid in the U.S. and the longest event of its kind in the lower 48 states. Started in 2016, the Rebelle features two classes of competition: 4 x 4 and Crossover. In 2020, the Rebelle is going electric, adding a special designation to honor the highest-finishing battery-powered electric vehicle (BEV) and hybrid or plug-in hybrid electric vehicle (PHEV) in each class, with allowances for on-course rapid charging.

“The Rebelle Rally shows us what is possible when we have the courage and ambition to do more with the cars in our driveway, and we all need that inspiration now more than ever,” said MMNA Chief Operating Officer Mark Chaffin. “We are thrilled to continue our support for Team Record the Journey this year with the world’s best-selling plug-in hybrid electric vehicle1, the Mitsubishi Outlander PHEV, and to continue to prove our legacy of quality, dependability and reliability.”

Last year, Team RTJ piloted a lightly modified Mitsubishi Eclipse Cross – affectionately referred to as “Rosie the Riveter” – to second place in the Crossover class with seven-year U.S. Air Force veteran Karah Behrend at the wheel and RTJ founder and 31-year U.S. combat veteran Rachael Ridenour serving as navigator. Behrend became the first adaptive athlete ever to complete the Rebelle, and the pair were honored with the 2019 Rebelle Rally Team Spirit Award.

Ridenour, a multi-time Rebelle competitor and past winner, will again lead Team RTJ in 2020 and is currently vetting candidates to drive the Outlander PHEV in the competition. Running October 8-17, the event starts on the slopes of Lake Tahoe, California, and ends in the Imperial Dunes of Glamis, east of San Diego.

The Mitsubishi Outlander PHEV is the world’s best-selling plug-in hybrid electric vehicle1. It combines a 2.0-liter four-cylinder gasoline engine and a 12.0 kWh lithium-ion battery pack, and offers the quiet and clean operation of an electric vehicle combined with the ease of refueling of a gasoline vehicle. Charging the pack can be done in as little as 25 minutes, using the CHAdeMO DC fast-charge system, which provides up to 22 miles of all-electric range.

Record the Journey is dedicated to assisting military veterans with successful transition back into civilian life. The nonprofit utilizes outdoor photography adventures as a therapeutic modality to help veterans process their military experiences, including combat, injury and loss. Photography allows expression and engagement without words, making an often difficult process a little easier. 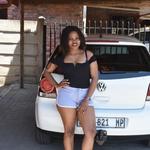